Our trip was far from perfect, but I’ve adapted it to be what would’ve been my “ideal” itinerary to share with you here around the entire Ring Road. For incredible waterfalls, breathtaking landscapes, and a land that literally knocks the wind out of you (with wind), read on…

Plan: Rent a campervan (ours was from Go Iceland), and drive around the country via the Ring Road for a week.

Weather: WINDY (and I cannot emphasize this enough), fairly cold, but manageable for us Pacific North-westerners in our backpacking gear. Prepare for whiteouts that may cause road closures.

Tips: Keep in mind the time of year you’re going, and type of vehicle you have. We originally wanted to make it out to the West Fjords (as well as some things on this list below) that our campervan just wasn’t capable of handling– and that’s okay! All in all, I’m happy we were able to do the trip this way, but you do have to be aware of these limitations when driving around such an unpredictable island.

Day 1: The things you see everyone doing in Iceland

My flight happened to land in the KEF airport at 7:00 am, which is perfect timing for a morning dip in the Blue Lagoon. A lot of people will say skip this lagoon and find another hot springs in Iceland (which we also did), but I don’t regret paying for it even if it was a tourist trap. It was still a bucket list item I wanted to check off, and it happened to fit perfectly with our day.

Our campervan had the option to pick up at the airport, and the 24 hour timer started as soon as we picked it up, so we decided to do the Blue Lagoon before picking it up so we would have some extra hours to return it on our final day. In order to make this work, we purchased a roundtrip FlyBus ticket to/from the airport and Blue Lagoon.

The FlyBus was scheduled for 7:30 am in coordination with our Blue Lagoon ticket at 8:00 am. The return ticket to the airport picked us up around noon (which was later than ideal, but we had to choose between 10:00 am and noon, so we opted for more time rather than less).

Finally, we kept driving around the Ring Road until we found a small town we could camp in overnight.

Day 3: Chasing waterfalls (and missing them)…

The thing about Iceland and waterfalls– there are SO many of them (with names you’ll never be able to remember or pronounce), and yet they’re all so unique in their beauty. Every waterfall has some sort of distinctive look to it that makes them so fascinating to just keep visiting. We had two waterfalls on our list for this day, and we absolutely failed at both of them.

Overnight, we parked in the town nearby the Myvatn baths (Reykjahlio), since our next destination was so closeby in the morning.

Note: On day 3 between the East coast and North side of the island, we had to drive through a complete whiteout. I’ve never experienced conditions like this in my life– we happened to make it right as the whiteout was starting, so the road was closed shortly thereafter. We were stuck for an hour or two in inching traffic as you could barely see the car in front of you, let alone the sides of the road. We were thankful that we didn’t have to deal with a road trip delay from the road being closed, but definitely something to keep in mind if you’re traveling at a similar time of year! 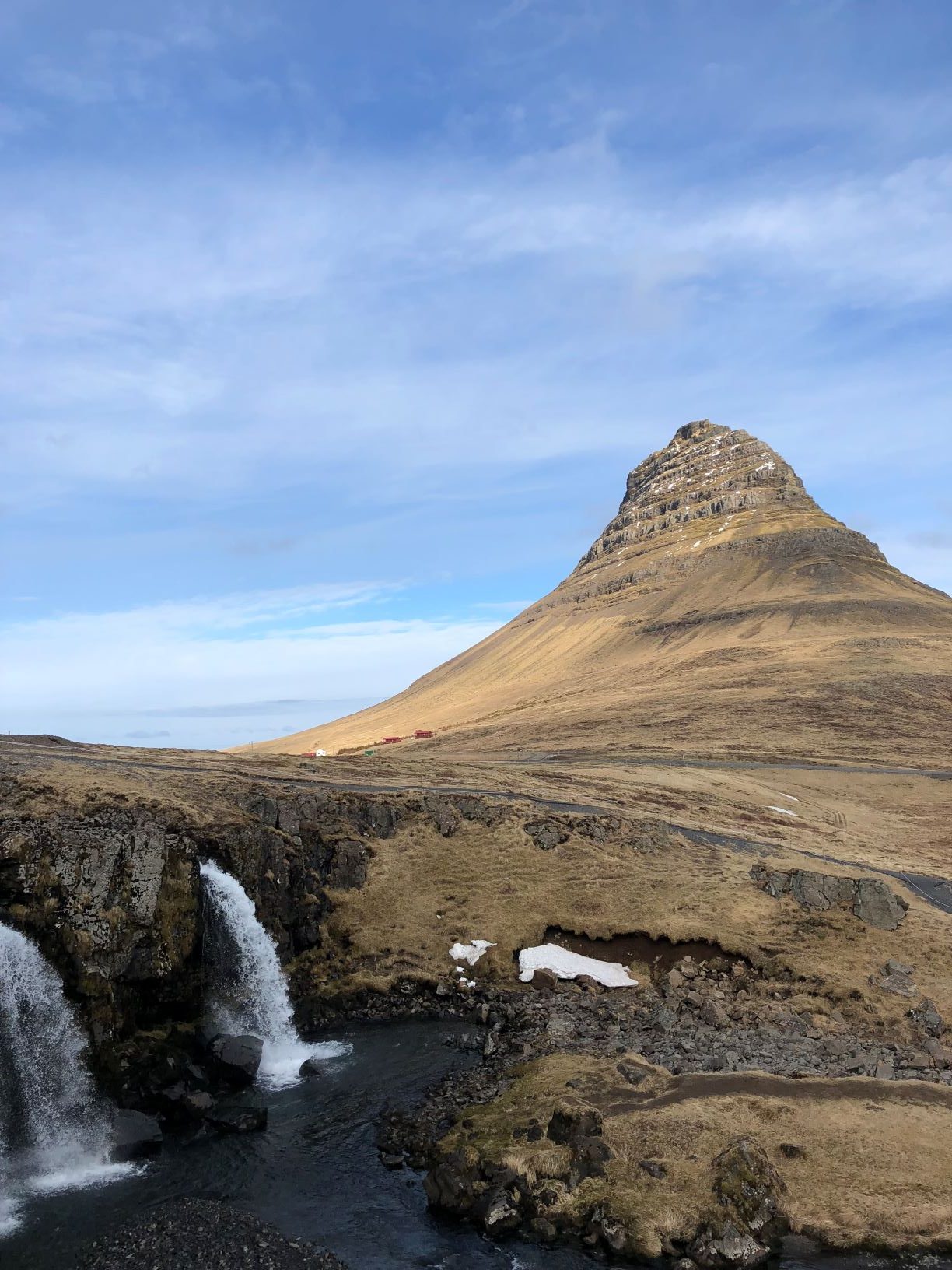 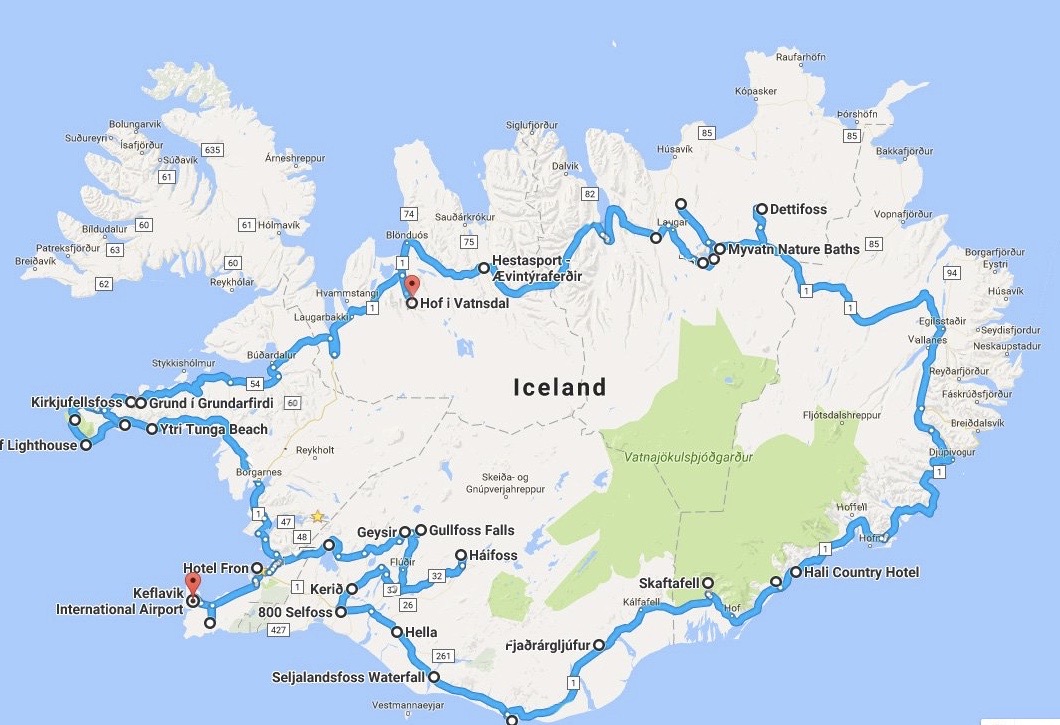 We spent night 5 and day 6 back in Reykjavik, enjoying the small town before setting off on our big European adventure. In full disclosure, we had originally booked a hostel for this night, but after 5 days of campervan-ing, decided to spoil ourselves with a hotel instead. And BOY did it feel good to have a real bed and a private room. Reykjavik is such a cute town to walk around in, we fell in love with the vegan bakery and the adorable coffee shops while we were there.

Iceland is like no other place I’ve ever been, and I can’t recommend it enough! Blood, sweat and tears– it was one of the fondest memories we all have but it really took a lot to withstand those conditions for so long. 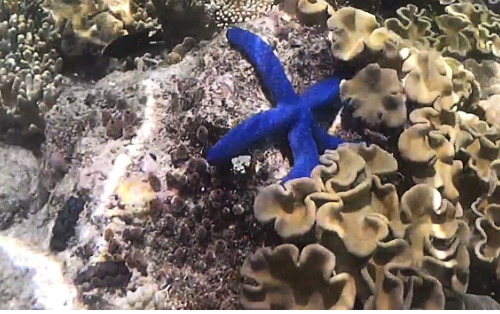 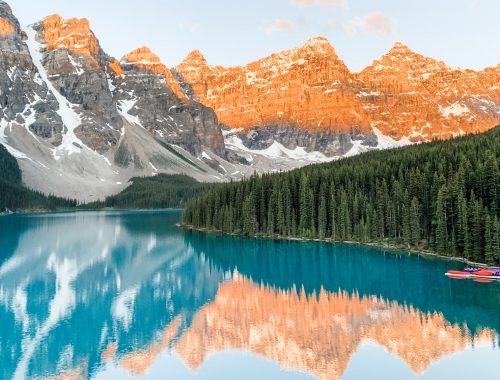